Stealing Fire From Heaven has been featured in many best of 2014 lists including:

Terrorizer : “Of the two albums 11 Paranoias released in 2014, ‘Stealing Fire From Heaven’ is the strongest, a rare cohesive jam-oriented album, where doom and psychedelic rock converge into one enthralling, hazily atmospheric opus.”

Quietus / Columnus Metallicus: “11Paranoias are simply one of the most exciting bands in the UK right now; subtly morphing their sound into evermore varied and divergent areas with each release, Stealing Fire From Heaven (an album summoned almost entirely from improvised dirges created live in the studio) represents the absolute zenith of this. From the narcotic, almost catatonic groove of opener ‘The Great Somnambulist’ and the demented saxophone augmentation and avant-jeremiad collapse of noise that is ‘Surrealise’ to the brutalised space rock and heavily Loop influenced, monotonous drive of ‘Lost To Smoke’, Stealing… is the sound of a band trying to create the sort of nightmares that exist in the same realm as the Max Ernst cover art, and succeeding… It just keeps going, deeper and deeper until you can’t even feel your moustache anymore.” 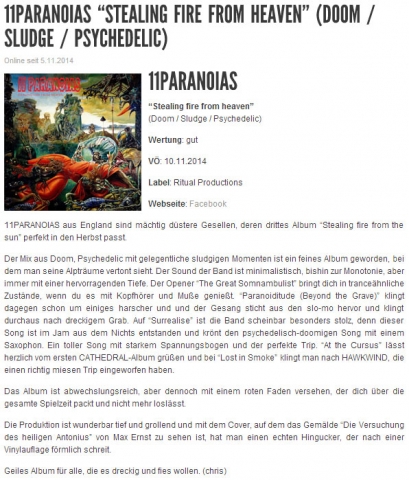 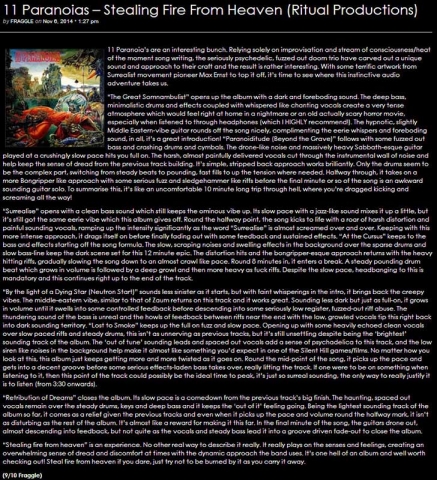 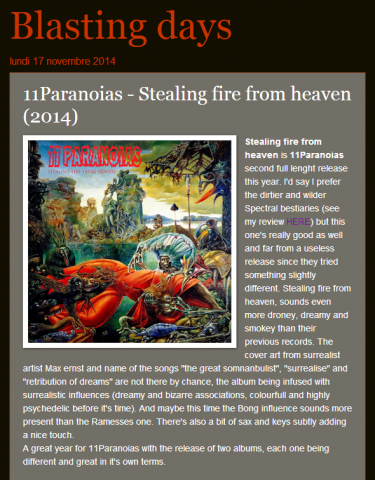 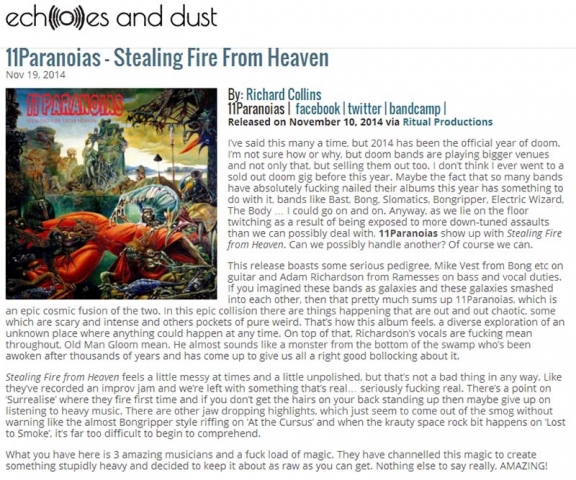 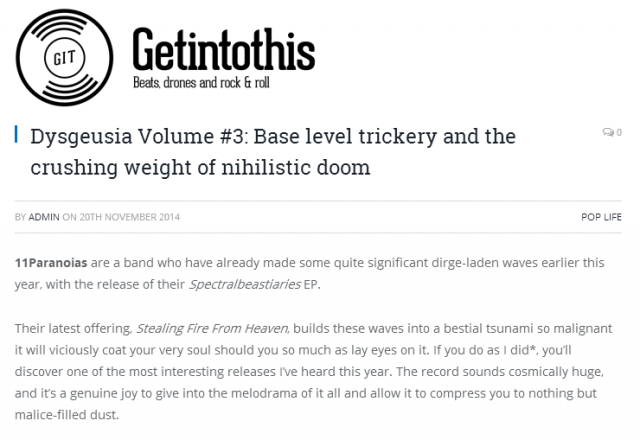 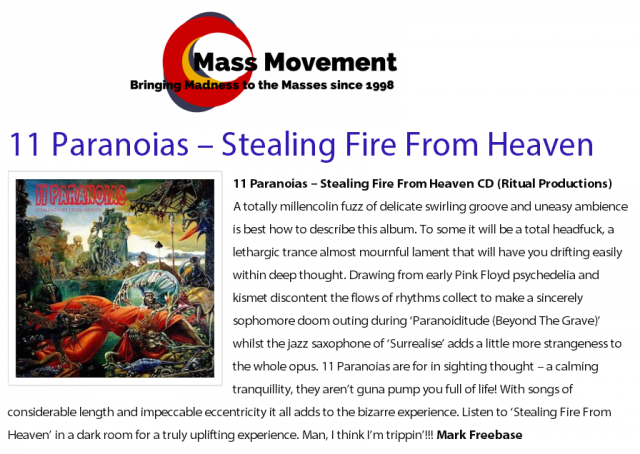 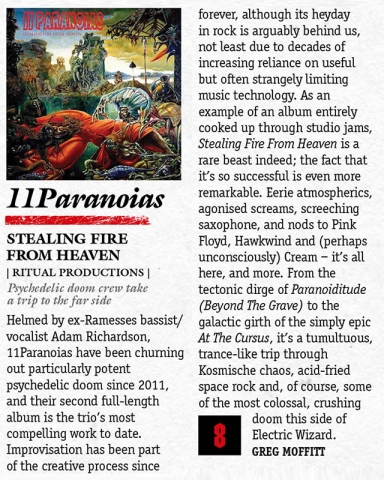 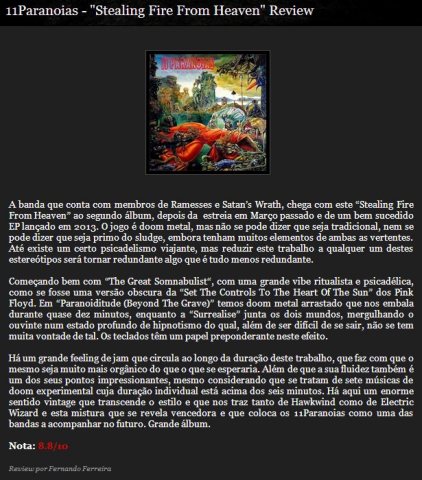 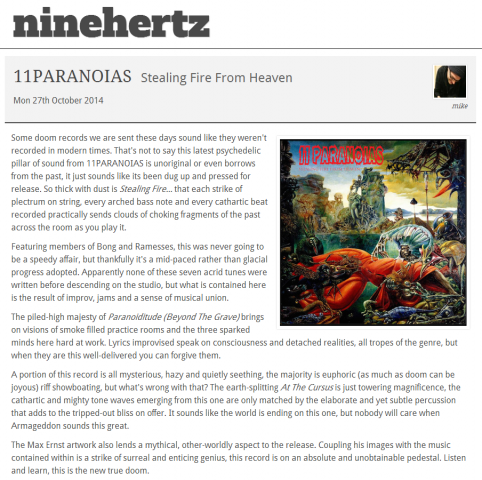 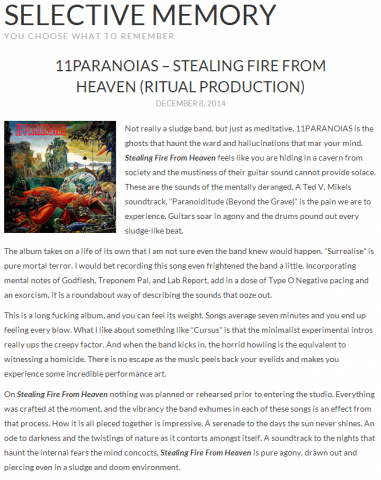 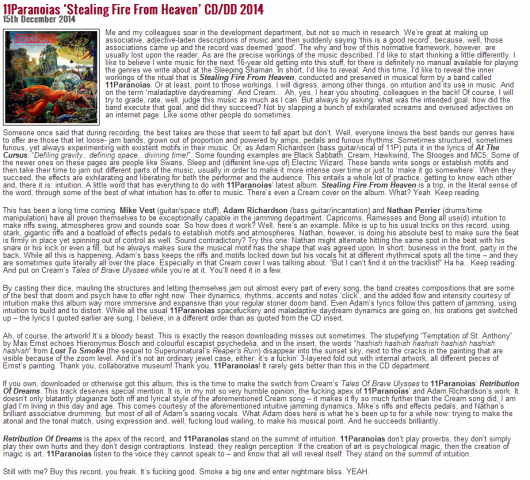 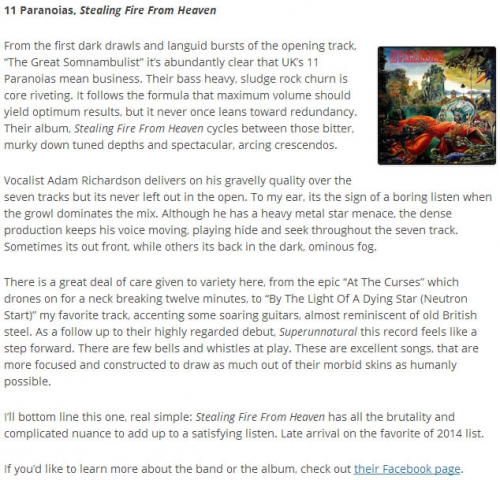 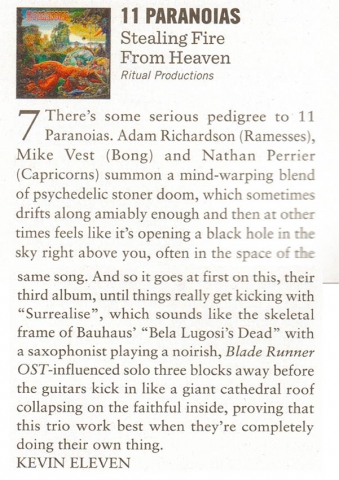 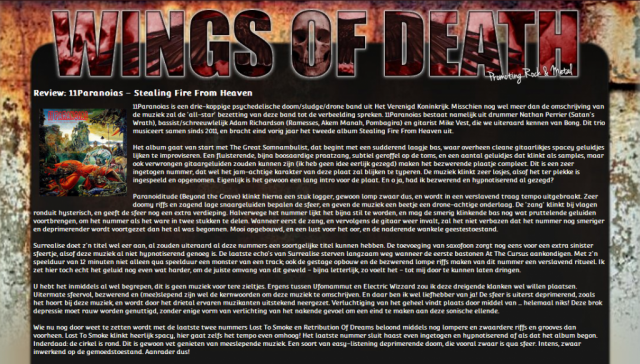