Hot on the heels of the acclaimed new album Mana Yood Sushai and following a ton of positive feedback from recent live shows, Bong are resurrecting some of their back-catalogue via their spiritual home, Ritual Productions.

Their 2009 self-titled album was originally released on vinyl, limited to 500 copies and with just two edited album tracks, Wizards Of Krull and The Starlit Grotto. This October, Ritual will be releasing the album for the first time ever on CD and digitally, including the full versions of these tracks and one unreleased bonus track entitled Asleep.

This revitalised collection will remind people of Bong’s beginnings, when their early meditative hymns were committed to wax. The bonus track is a rare treat too, witness Bong at their darkest, most mournful and most psychedelic.

Overall, a great collectible and an interesting comparison to their new material. These jams still sound so utterly entrancing. 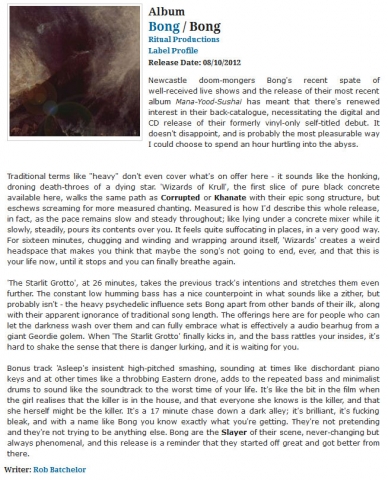 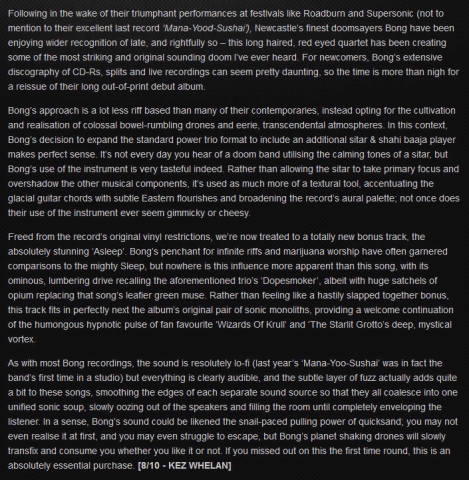 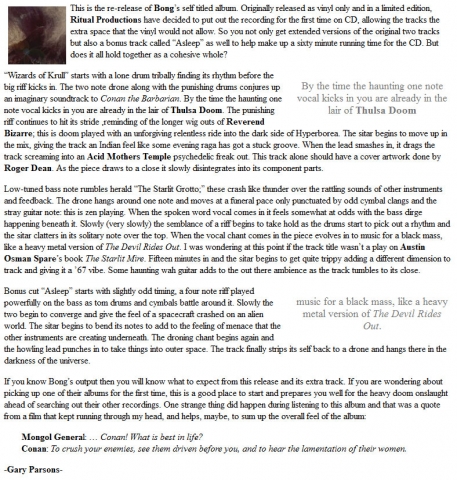 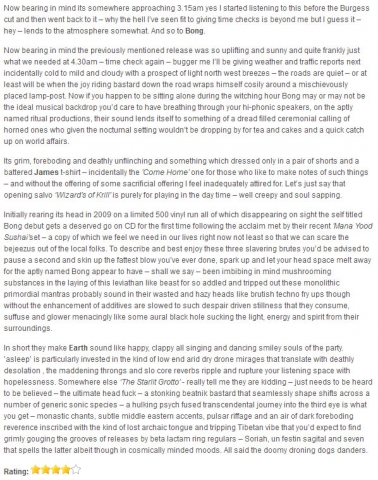 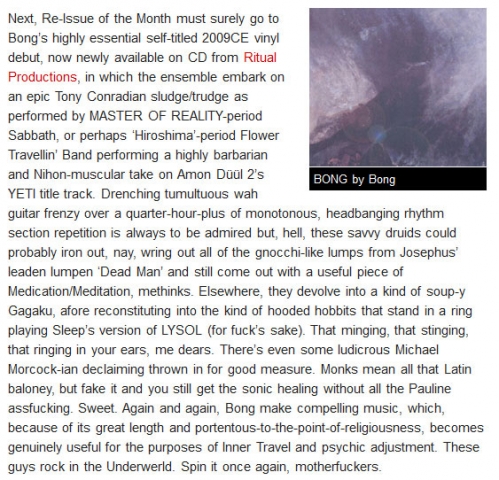 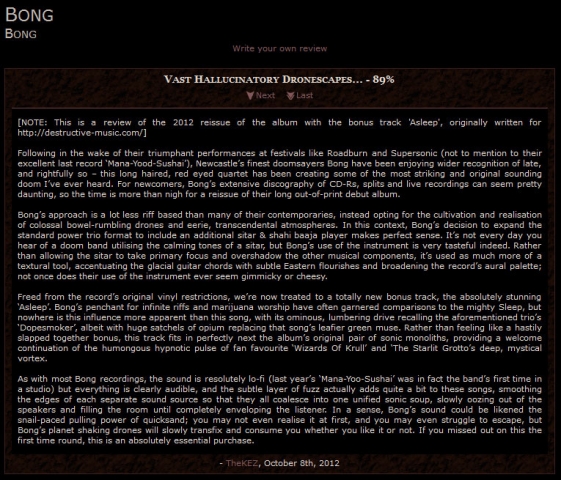 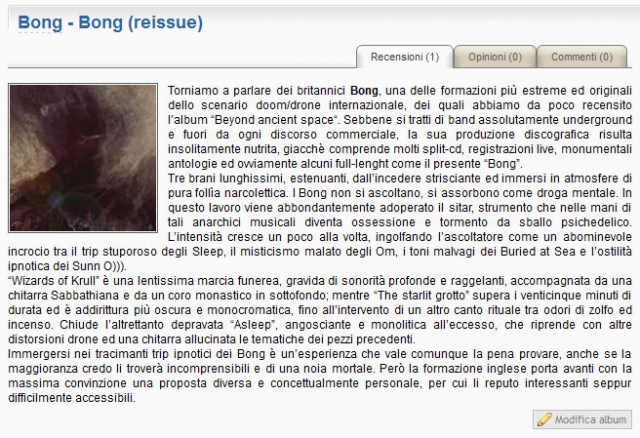 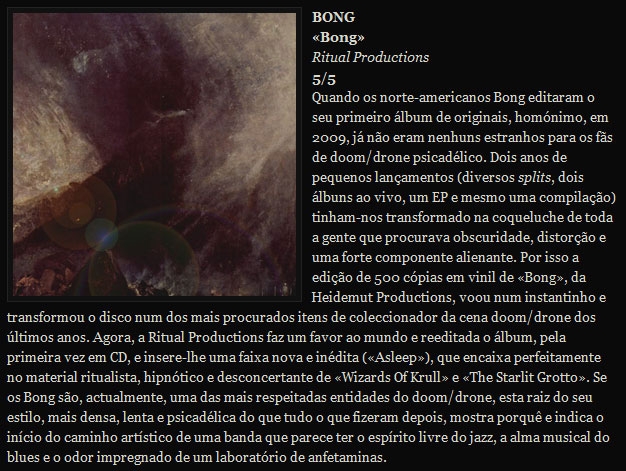 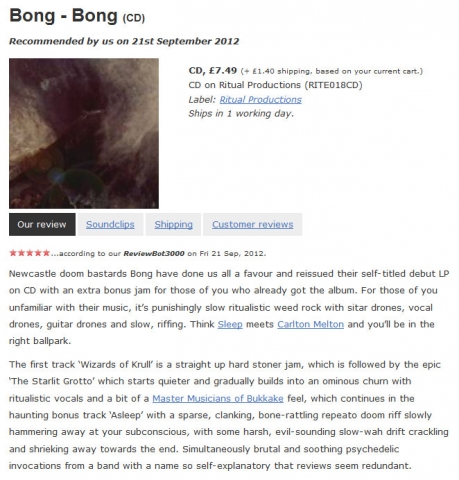 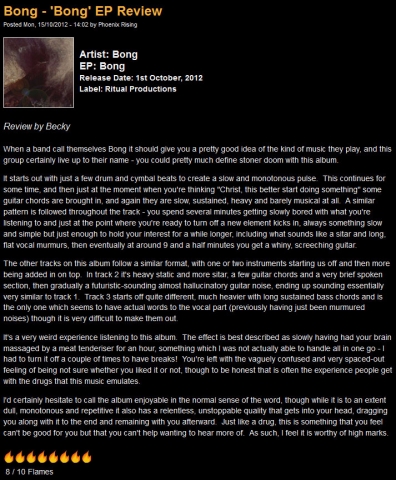 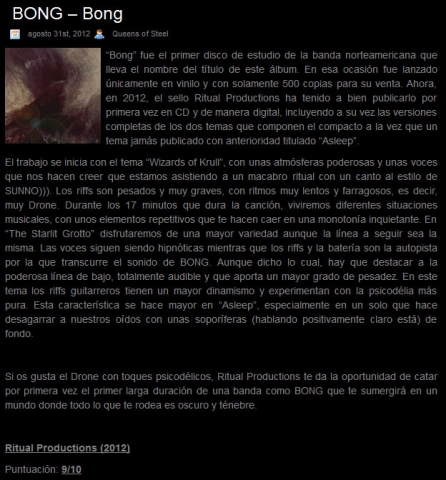 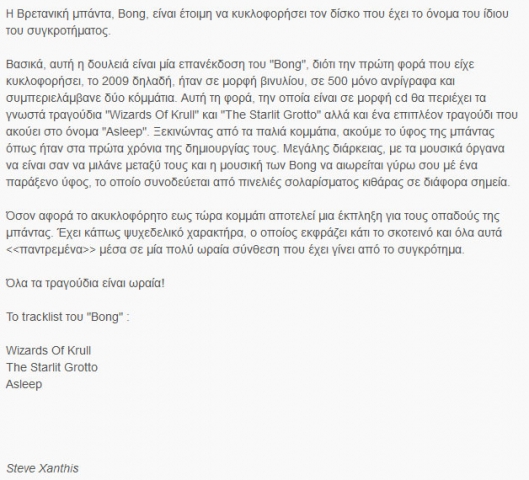 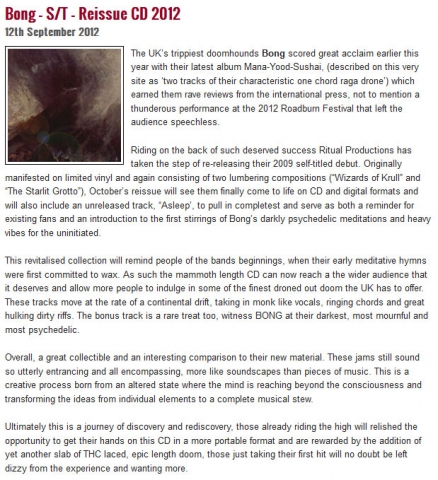 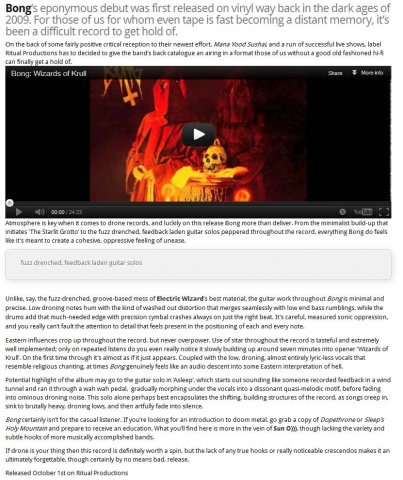 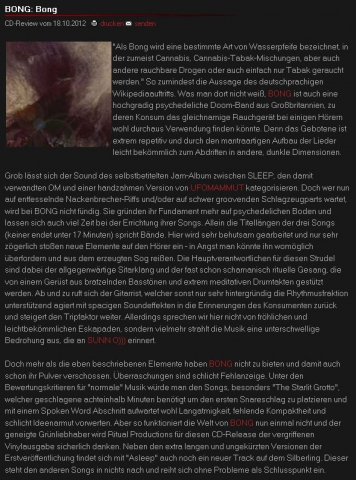 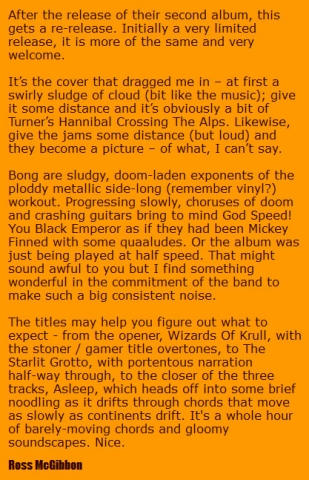