Song structures dissolve and the material world is left behind when you enter Ancient Lights’ realm. Here ambience interlocks with darkness, quietude binds to loudness and blissful hypnotics deluge into doom. Unorthodox in its creation, structure and release, this debut rite is a colossal 70-minute venture – with Side C of the LP housing the entirety of the near 17-minute track ‘Against Nature’.

SIDE A
1. Decaying Lotus
2. Temple Ghosts

SIDE B
1. War of Attrition
2. Orichalcum Eater
3. Asakai Dasa

SIDE C
1. Against Nature 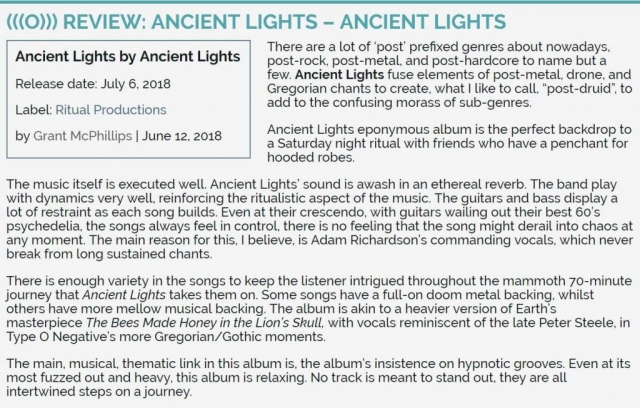 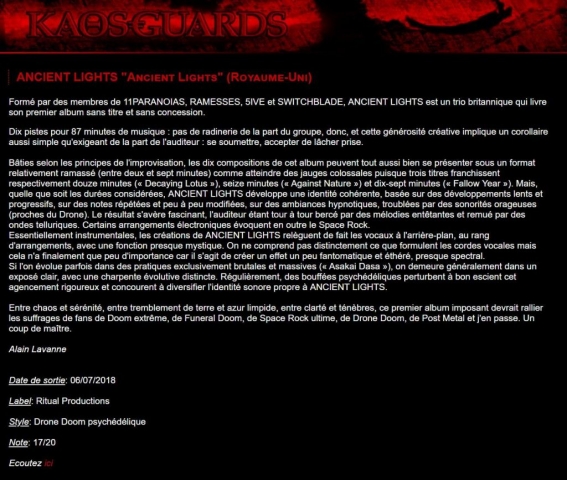 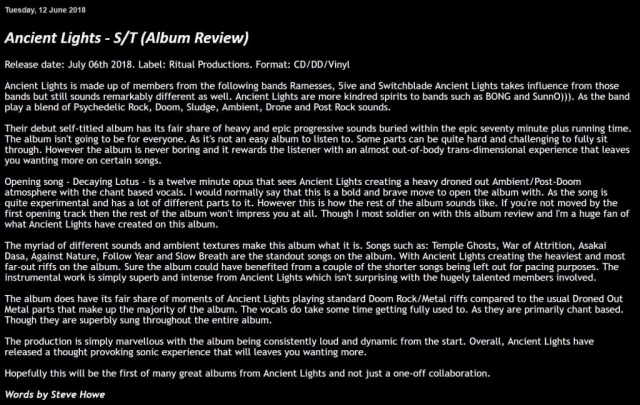 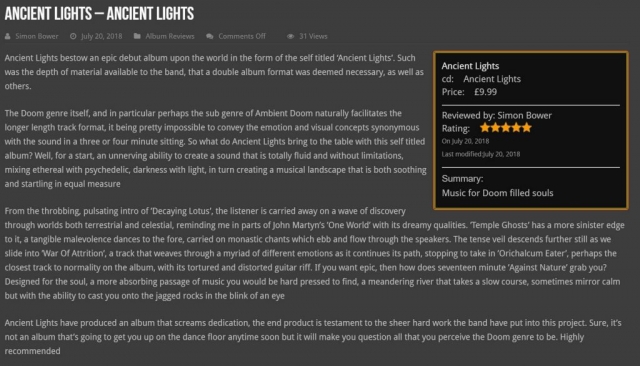 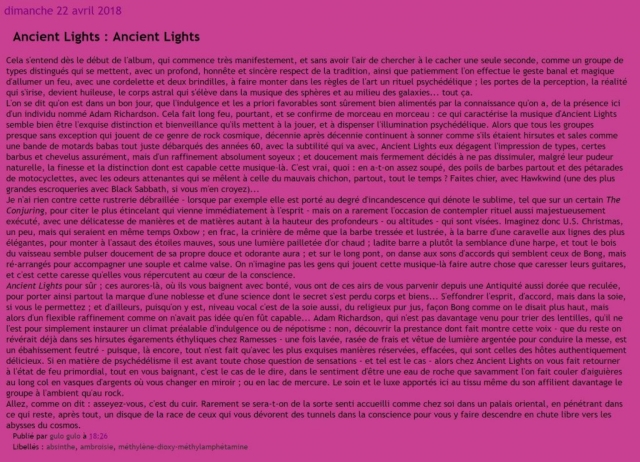 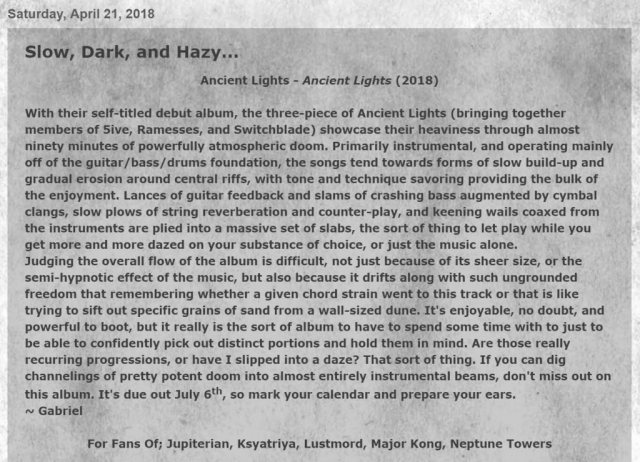 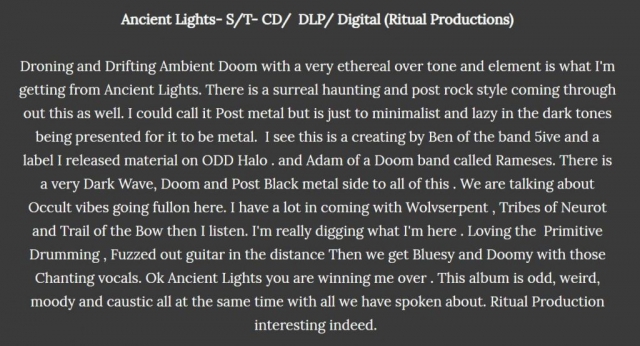 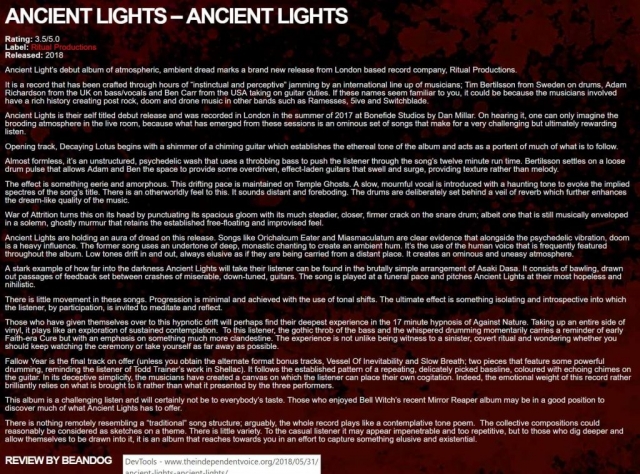 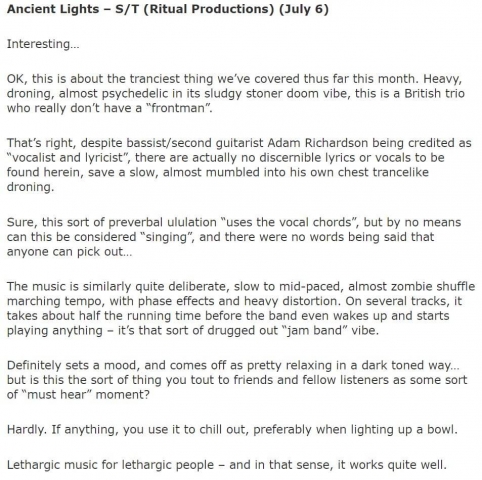